The Webb Lab at Brown University’s Center on the Biology of Aging publishes groundbreaking work on human brain aging, discovering novel sex-specific differences in the hypothalamus

Researchers at the Brown University Center on the Biology of Aging recently spearheaded groundbreaking work investigating how the human brain ages. This project, led by the Webb Lab, was the result of extensive collaboration between multiple Brown groups, including those specialized in machine learning, RNA-sequencing, and single cell analysis. The combined effort of these groups was just published in Nature Aging 2022, highlighting newly uncovered sex-specific differences in the aging hypothalamus.

Deterioration in brain function is regarded as one of the major hallmarks of human aging. Not only do we typically see brain-related changes with normal healthy aging, such as cognitive impairments and dysfunctional sleep, but many age-specific diseases also have ties to neurodegeneration. For example, Alzheimer’s Disease is directly correlated with aging and exhibits progressive cognitive decline with age. This deterioration results in dementia, behavioral changes, and progressive difficulty with basic function. While just one of many possible age-related diseases in the brain, Alzheimer’s is a great example that shows the multi-faceted effects neurodegeneration can cause.

As the brain ages, we also see changes in body composition as a whole, resulting in decreased lean muscle mass, loss of bone density, and increased abdominal fat as we get older. This occurs together with alterations in the endocrine system, such as decreased sex hormone and growth hormone production.  The hypothalamus regulates hormone production, circadian rhythms, feeding, and metabolism. This makes it an important brain region to study when trying to understand human aging and neurodegeneration. 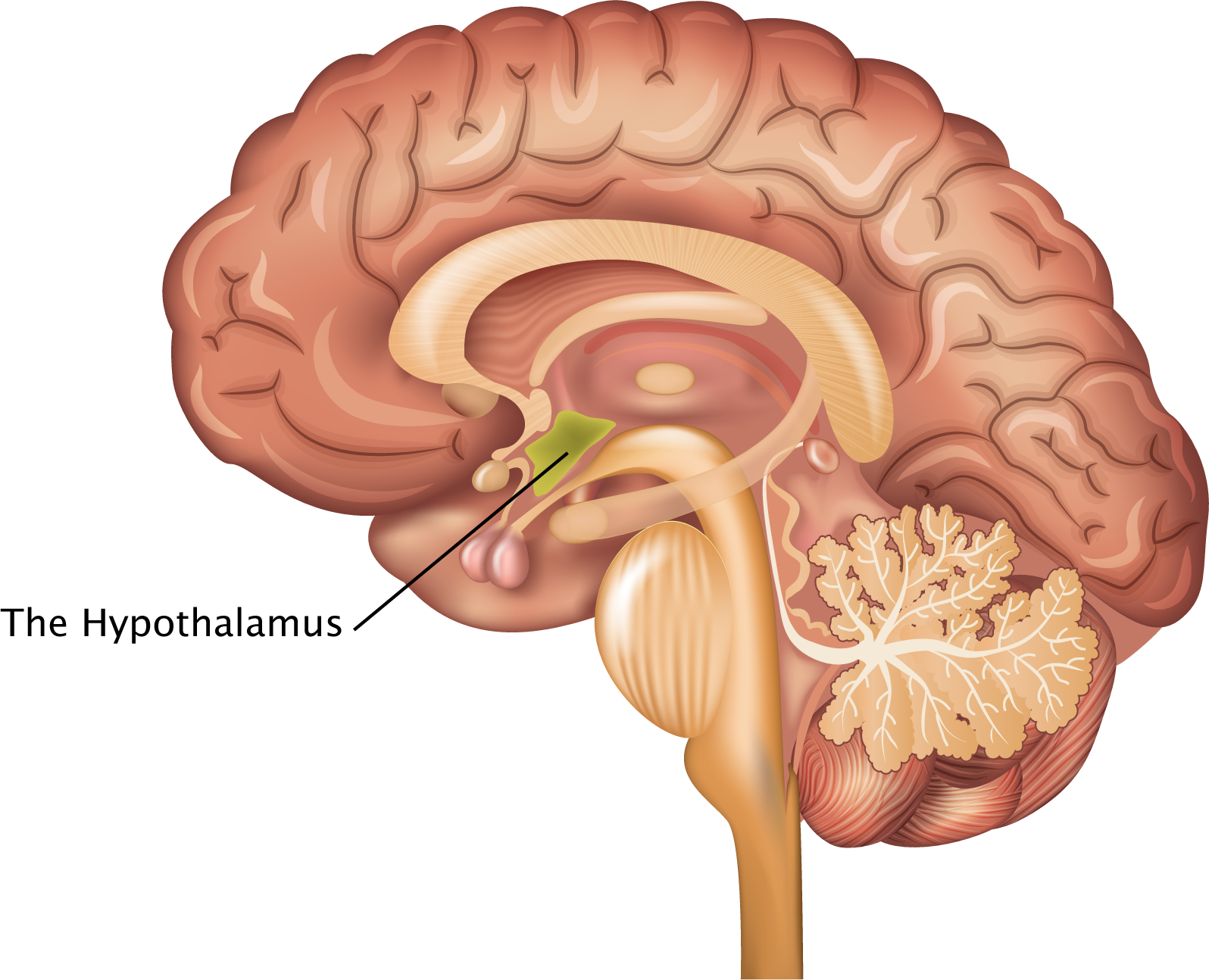 Role of the hypothalamus in aging

To understand how the hypothalamus ages, Dr. Ashley Webb and her team at the Center on the Biology of Aging launched a large scale effort to look at individual cell changes in this very important brain region.

What does this mean and why is it significant for aging? Individual cells differ from one-another in every organ, and even within a specific brain region. In the brain, this characteristic is called neuronal heterogeneity, which specifically refers to the differences between neuronal cells. This heterogeneity has been long studied in astrocytes (the support cells of the brain) and has been found to increase with age- that is, over time these cells become more different from one another. This age-related change is thought to be important in neurodegeneration.

Research on neuronal heterogeneity however, is an ongoing endeavor with much to uncover. Heterogeneity in the hypothalamus, for example, is relatively poorly understood compared to other brain structures. Since it is thought to be involved in so many critical processes affected by aging, Dr. Webb’s team chose the hypothalamus as their region of interest for their study. They suspected that if they could identify cell-specific changes in the hypothalamus, this could be used to better understand the aging process more broadly.

To do this, the Webb Lab employed single-cell RNA-sequencing to assess over 40,000 hypothalamic cells isolated from young and old mice with the goal of identifying key cell types affected by aging. Dr. Webb and her team were able to pinpoint cell type-specific signatures of aging in neurons, astrocytes, and microglia, as well as among the diverse collection of neuronal subtypes in this region. They demonstrated significant changes in cell types necessary for metabolic regulation and body composition, as well as in an area of the hypothalamus linked to cognition.

In addition, their analysis revealed an unexpected female-specific feature of hypothalamic aging. Specifically, they found that the master regulator of X-inactivation (the normal process by which one of the two X-chromosomes carried by females is silenced), Xist, is elevated with age, particularly in hypothalamic neurons. Collaborating with the machine learning experts at the Center on the Biology of Aging, the group showed that levels of X-chromosome genes, and Xist itself, are the best predictors of cellular age. Together, this study identified critical cell-specific changes of the aging hypothalamus in mammals, and uncovered a novel marker of neuronal aging in females.

In this study, the Webb lab uncovered major features of hypothalamic aging, with transcriptional variation across cell types, cell-type specific aging signatures, and novel features of aging in females. Understanding how individual populations of cells in this region contribute to overall loss of homeostasis with age will be vital to identifying treatments for aging and age-related disease.

With the unexpected sex-specific finding, the group plans to conduct additional work to further probe the mechanisms of Xist upregulation. Dr. Webb and her colleagues are launching a series of follow up experiments to examine how males are affected, with new measures to observe multiple time points throughout the aging process. And finally, the group plans to investigate the epigenetic mechanisms involved to further understand brain aging across larger populations.

Dr. Ashley Webb is a scientific co-founder of Bolden Therapeutics, a company founded to replenish neurons in the adult brain.